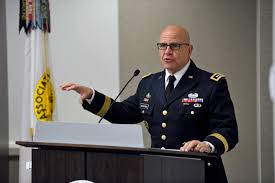 Finger-pointing erupted within the National Security Council following a major leak to The Washington Post of telephone transcripts between President Donald Trump and the leaders of Mexico and Australia, The Daily Caller News Foundation’s Investigative Group has learned. And as the U.S. inches closer to war with North Korea, the White House body charged with discussing and coordinating U.S. foreign policy is engulfed in what one administration official called a “poisonous environment.”

Initial leak accusations from two White House officials focused on Megan Badasch, the National Security Council (NSC) deputy executive secretary, who manages the NSC’s document portal. The portal included transcripts of his discussions, which makes her one of three people with access to the leaked documents. But three senior officials within the White House say Badasch had nothing to do with the leaks, and point out that no evidence has been provided to prove that she did.

The finger-pointing is a reflection of growing divisions within the NSC under Lt. Gen. H.R. McMaster. Three current administration officials interviewed by TheDCNF blame the volatile McMaster for the atmosphere and for a growing demoralization among the staff. One official characterized the NSC under his leadership as a “poisonous environment.”

McMaster was thrust into the NSC with little vetting as White House officials rushed to fill the void created when Gen. Michael T. Flynn resigned from the adviser position Feb. 13. Flynn was shown the door after presidential aides discovered he had not fully disclosed to Vice President Mike Pence all of his conversations with Russia’s ambassador to the U.S.

Among the issues the NSC is grappling with are Russia’s expulsion of hundreds of U.S. Embassy personnel, Venezuela’s descent into totalitarianism, North Korea’s defiant missile tests and erratic strong man, and continued concerns about Iran’s expansionism throughout the Middle East.

Newsweek reported last week that Secretary of Defense James Mattis had to step into the middle of a policy dispute over Afghanistan between the “fiery-tempered” McMaster and White House Chief Strategist Steve Bannon.

Nerves are on edge as staff members worry who will be axed next, according to administration officials.

McMaster’s critics insist the biggest single problem is that the NSC chief doesn’t share the president’s “America First” policy. That may be tested in the quickly looming showdown with North Korea.

“H.R. is just not aligned with the president, from NAFTA to climate change, to radical Islam, to immigration, to Cuba, Afghanistan and Iran. I am at a pain to find an issue that H.R. actually aligns with the president, except to the desire to actually win and beat ISIS. That’s the only one,” said one of the administration officials interviewed by TheDCNF.

McMaster has also retained key national security staffers from former President Barack Obama’s eight years in the White House, including many who participated in forming critical foreign policy initiatives Trump opposed during the 2016 presidential campaign. Trump tweeted in April that he viewed Obama’s foreign policy as a “total failure.”