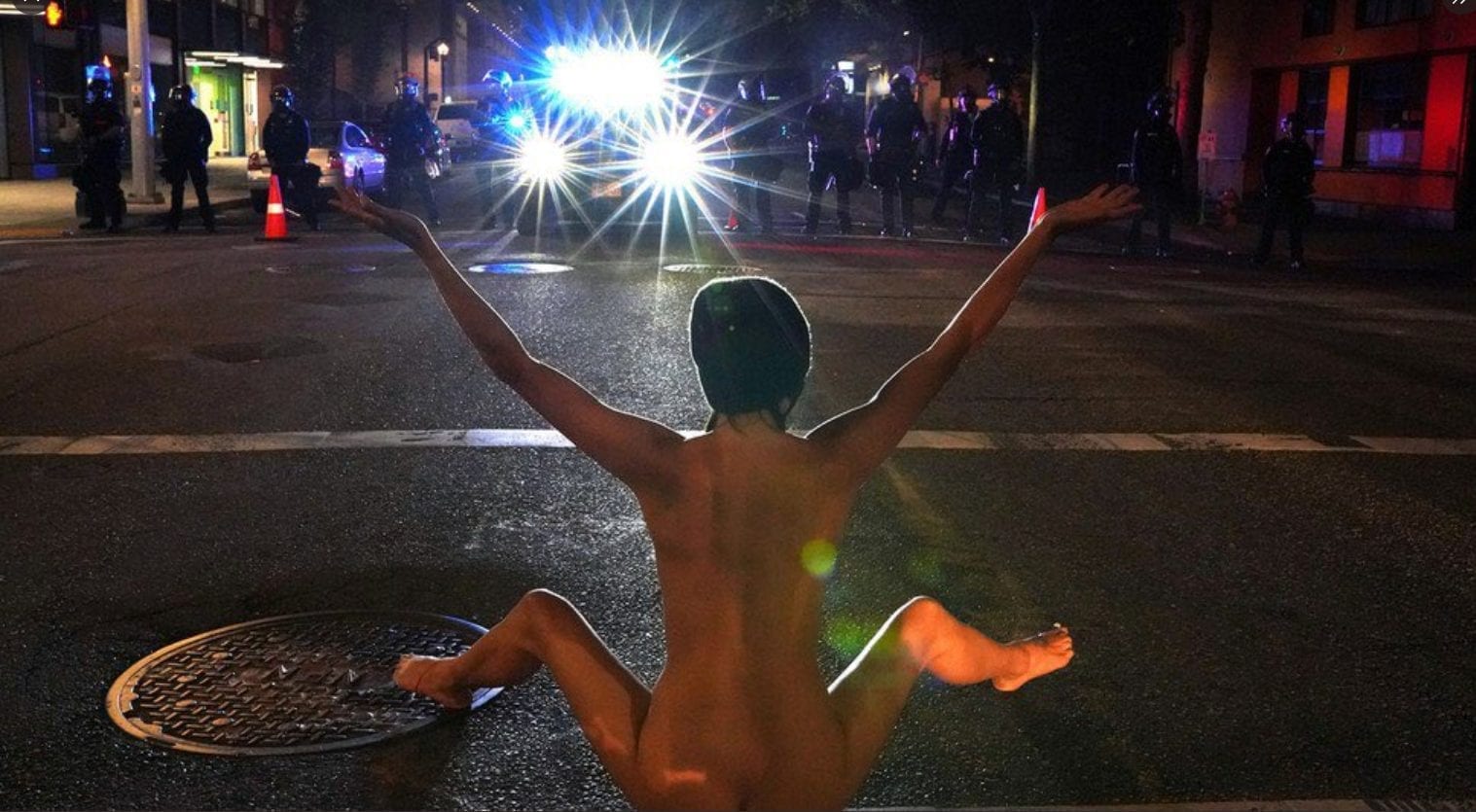 It turns out that the media-hyped woman who sat naked with her legs spread in front of police during riots in Portland was a sex worker.

The woman who stripped naked and spread her legs for a political stunt at an antifa riot in Portland is a sex worker. The stunt was widely praised in media as brave and stunning. pic.twitter.com/lPd5XQH9YH

The Media made her out to be some sort of hero:

“She emerged as an apparition from clouds of tear gas as federal agents fired pepper balls at angry protesters in the early Saturday darkness.” @RichReadReports on the “Naked Athena” of Portland, with a photo by @killendave for the @Oregonian:
https://t.co/pBskVwHBl7 pic.twitter.com/4mhFTdDyfP

These are the type of people we are dealing with…