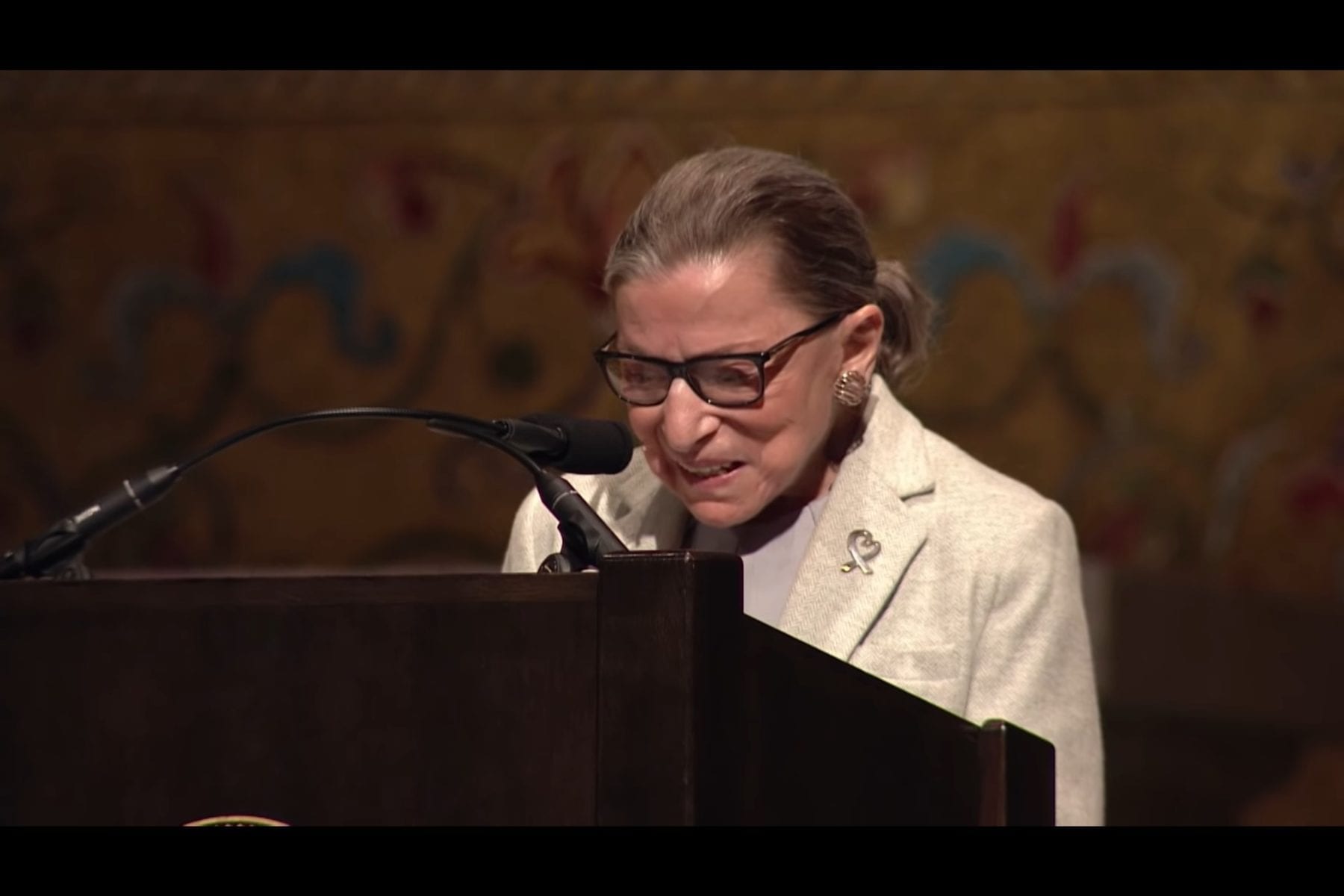 The 86-year-old’s hand was held by the Marshal as she walked up the stairs into a private residence on the Upper East Side after her appointment at the Howard Laboratory at the Memorial Sloan Kettering Hospital on Thursday.

Ginsburg is a three-time cancer survivor, beating colon cancer in 1999, pancreatic cancer in 2009 and, most recently, lung cancer in 2018.

Ginsburg is the oldest sitting U.S. Supreme Court Justice and said it is her ‘dream’ to be on the Supreme Court for as long as former Justice John Paul Stevens, who served for 35 years. Ginsburg has served for 26 years so far.

The Supreme Court confirmed this and released a statement:

“Justice Ruth Bader Ginsburg today completed a three-week course of stereotactic ablative radiation therapy at Memorial Sloan Kettering Cancer Center in New York City. The focused radiation treatment began on August 5 and was administered on an outpatient basis to treat a tumor on her pancreas. The abnormality was first detected after a routine blood test in early July, and a biopsy performed on July 31 at Sloan Kettering confirmed a localized malignant tumor. As part of her treatment, a bile duct stent was placed. The Justice tolerated treatment well. She cancelled her annual summer visit to Santa Fe, but has otherwise maintained an active schedule. The tumor was treated definitively and there is no evidence of disease elsewhere in the body. Justice Ginsburg will continue to have periodic blood tests and scans. No further treatment is needed at this time.”

This is certainly going to set the left on fire. Ginsburg is likely the farthest left member of the Supreme Court and also the most beloved. President Trump getting a chance to replace her would be a nightmare that I’m not sure they can handle.